Puglia is the favorite destinations for holidays 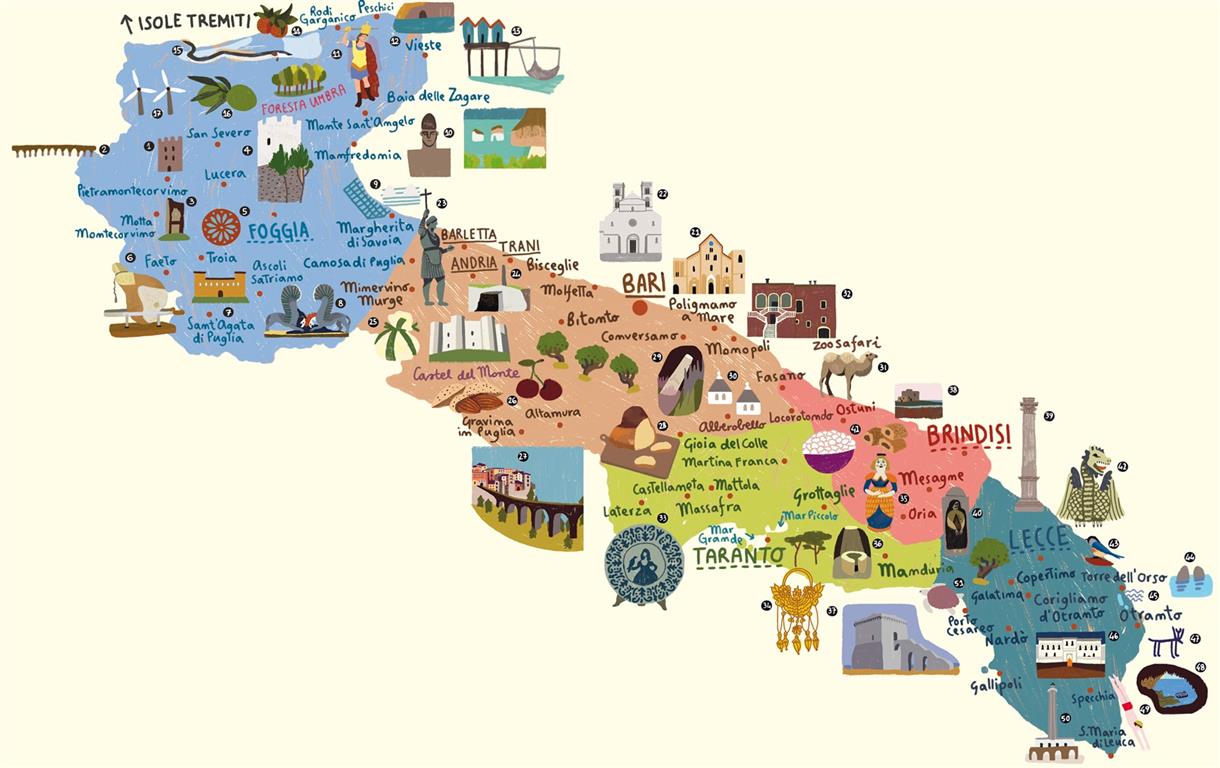 According to data gathered from a study of Federalberghi , Apulia is the preferred destination by the Italians for their summer holidays,

even surpassing Sardinia and Sicily, always coveted destinations who have experienced a sharp drop in visitors.

Our Region is able to arouse great curiosity and interest in tourists because of its crystal clear sea, rural villages with narrow streets and features, breathtaking landscapes, its history and the typical products. The most requested areas are Gargano, Salento and Bari Province who have registered in recent years a significant increase of travellers from all over the world.

Puglia, attests its supremacy among European tourists, showing good vitality and attractiveness, and making it engaging for over 50% of German tourists, Switzerland and Austria and more than 40% of the French tourists, British, Belgian and Dutch.

All this emerges from conducted by SWG, a company that deals with market research, in the second search of the reputation and tourist attractiveness of Apulia brand. The study, carried out two years after the previous one, has photographed the performance of the destination Apulia and its brand, allowing the same time to follow the changes. The survey, carried out on behalf of the Regional Agency of Pugliapromozione Tourism, was held in January 2015, on a sample of 2,000 Italian citizens, who intend to make at least a holiday in 2015 and on a sample of 7,000 European tourists, residents France, Britain, Germany, Austria, Belgium, the Netherlands.

Our region is, for the Italians, among the tourist destinations with most appeal: with an index of 3.9 out of 5 points, Puglia, along with Sicily, Sardinia and Spain and Greece and Tuscany guide in tourism ranking more appealing and attractive. A positioning that places the Apulian tourist offer above Croatia, Emilia Romagna, Veneto and Calabria. Puglia also improve performance on the European tourist market. From 2013 to today grows the share of European tourists who claims to be highly interested in making a holiday in Puglia in the next three years and, above all, the lower the proportion of disinterested and detached. Are growing especially the German travelers, French and Swiss.

Tourists who have not yet visited our area say they are attracted by the clear blue sea, the beauty of the beaches, the food and wine, the climate, but also the traditions, from small towns and the history offer. To entice potential visitors are mainly the area of ​​Gargano, Tremiti Islands and Daunia, Lecce and Salento, the Ionian coast, Taranto and Murgia. In addition, to generate and sustain public awareness and the tourist image of Apulia is also the communication activities carried out in recent years, which reached about 30% of national public opinion, with a catchment area of ​​over 14 million contacts and 10% of European public opinion, with a catchment area between 26 and 28 million contacts.